Huge UFOs activity near the Sun in the survey for the April 14, 2016

We can see the stars, but we do not see the sun. Humans could not observe this effect, because it was the disappearance of the sun for a moment and the sun reappears in space. This was for a time that he felt the man on the planet Earth, but the effect was able to photograph solar NASA observatory. Sun - a hologram? Alien technology? The impact of the UFO? Our Sun in our solar system, a set of values. The sun is the source of light, the sun is the source of the heat, the sun is a portal in the galaxy, the Sun is the a beacon the sun is a gas station, the Sun is the place for silicon life. What do we know about the Sun? NOTHING! Sun - a hologram? Maybe...
Автор: myunhauzen74 на Tuesday, April 12, 2016 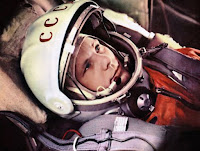 "April 12, 1961 in the Soviet Union launched into orbit around the Earth the world's first spacecraft-satellite" Vostok "with a man on board.

Pilot-cosmonaut spacecraft-satellite "Vostok" is a citizen of the Union of Soviet Socialist Republics pilot Major Yuri A. Gagarin.

Start Space multistage rocket was a success, and after a set of the first cosmic speed and separation from the last stage of the carrier rocket ship-to-satellite launched free flight in orbit around the Earth.

According to preliminary data, the ship's orbital period of the satellite is 89.1 minutes around the Earth; the minimum distance from the earth (at perigee) is 175 kilometers, and the maximum distance (apogee) is 302 kilometers; orbit inclination angle to the equator plane of - 65 degrees for 4 minutes.

Weight spaceship-satellite with the pilot-cosmonaut of 4725 kg, excluding the weight of the final stage of the carrier rocket.

With fellow cosmonaut Gagarin installed and maintained two-way radio. Frequencies board shortwave transmitters comprise 9,019 megahertz and 20.006 megahertz, and in the range of VHF 143.625 megahertz. With the help of radio telemetry and television systems made supervision of the state of the astronaut in flight.

.. 9 h 52 m The data obtained from the board of the spacecraft "Vostok", in 9 hours 52 minutes Moscow time, the pilot-cosmonaut Major Yuri Gagarin, while over South America, said: "The flight is normal, I feel good."

.. 10 h 15 m in 10 hours and 15 minutes, Moscow time, the pilot-cosmonaut Major Yuri Gagarin flying over Africa, handed over to the spacecraft "Vostok", "Flight is proceeding normally, the state of weightlessness stand good."

10 hr. 25 m. At 10 o'clock 25 minutes Moscow time, after the flyby of the world in accordance with a predetermined program, included brake propulsion system and spaceship-satellite with pilot-cosmonaut Major Gagarin began to descend from orbit for landing in a predetermined area of ​​the Soviet Union. " 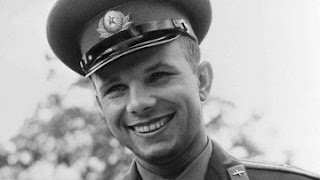 The Mystery of the GIANT Swastika near Roswell, New Mexico. April 2016

Solar Anomalies and UFOs in the review of the April 9, 2016