Satellite images came to 18-15 and in very poor quality. Beyond that, the signal was lost.

The experiments the aliens: in Russia there are the remains of a humanoid creature!

In Stavropol, Russia, was found buried with the creature with the body of a sheep and a human head! September 2011
My opinion - It would be a ritual or an idol in the form of the animal with its fitted to a human head or human hybridization made ​​by aliens!
Автор: myunhauzen74 на Thursday, September 15, 2011 0 коммент.

After the collision with a comet Sun September 14, 2011, communication satellitesSOHO was temporarily disrupted SREREO and images are not transmitted. And maybethat NASA is concealed from us ???!!!!

A shocking picture of the Martian surface!

A shocking picture of Mars was taken from a height of about 300 kilometers high resolution camera. Monolith is well marked. Characterized by its rectangular shape. Andis definitely man-made object. What is extremely excited progressive community.Especially UFO. Which has decided that at last on Mars traces of intelligent life. 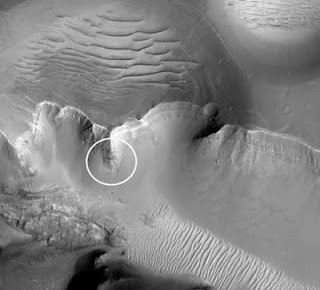 However, experts expressed a sense that the excited too early. And maybe not at allnecessary. According to them, that the object is rectangular, yet nothing said. Like, on Earth, and Mars is full of natural rectangular structures. And probably just took a picture of the probe detached stone. And we should not call it a monolith or an artifact, which would imply an artificial origin of the object. 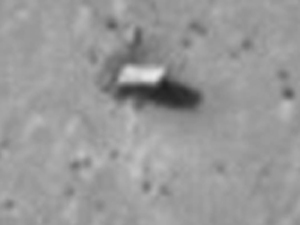 Indeed, if the picture is increased, the "monolith" no longer look rickety stove. It is evident that he pointed at the apex. And yet, strangely, he sticks out. Alone.

Ufologists, for example, are certain that NASA Julita here. And what's hiding something.According to experts, the height of the stone about 5 feet.
www

Another Lightship over the Ural Mountains, Russia, September 2011

Maneuvering in the coronal hole UFO on the south pole of Sun September 13, 2011

Sensation! The aliens have left something at the bottom of the Atlantic!! 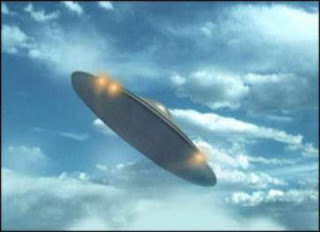 No matter how ordinary citizens ignored the various types of abnormal phenomena, but they are more or less universally manifest themselves and are considered a long-recognized scientists from around the world as a phenomenon not yet fully explored, due to lack of experience, or the inability to meet the requirements of modernity, even advanced latest technology.And now - one of these phenomena haunt recently. American scientists in the Atlantic Ocean, so attractive a lot of different researchers found that at a depth under layers of ocean water and the land is a source that emits radioactive rays pertaining to a variety of gamma radiation. With that, despite the fact that this type of radiation is the same wavelength, they apply to the stellar system and, above all, it concerns - Sirius.Almost immediately reacted Government of the United States, and the estimated area of ​​the anomalous zone was cordoned off by the U.S. military, taken the position there on warships, which probably suggests that a similar, or have already met, or research in this area were quite deliberately. Despite the fact that the Americans were not given any official confirmation of information radiation "in the bag can not hide", especially from Russian scientists who are the major competitors' shtatovskih "since the days of the Cold War. Thus, it was revealed, with the assistance of Russian Space Forces, which in the United States of America (now on the ground) recorded a powerful source of gamma rays directed toward all of the same star system. Location, with precision of modern navigation systems, were found to within one kilometer. This place turned out to be - an American military base "Daguey," which was inexplicably seems to be reason recently closed, and, specifically, at a time when the radiation source is moved from the area in the Atlantic region above the designated military base. Just not in favor of secrecy, said that in the detection of the radiation source, for a period of "some tests" forbidden to fly airplanes. This prohibition went with reference to the fact that the navigation system can fail, and this - is another fact that the mysterious source (according to unconfirmed reports, which is a pyramid-shaped object, located at a depth of half a mile) was removed and sent to " Daguey "for further research.By the way, just to mention a place to retrieve the alleged pyramid-shaped, some researchers call the place where once existed and disappeared under the water an ancient mysterious civilization - Atlantis, which has always been around a lot of rumors and guesses put forward as a dilettante and a name and respected pundits. A number of mystical and magical treatises related to the existence of Atlantis, is - just an incredible set. Either way, it is believed that the inhabitants of Atlantis were in any way connected with the Sirius star system - it is assumed that they either came with this remote, but the bright stars, or left for her when their land was taken over by the Atlantic Ocean. However, the majority supported the view that the Atlanteans learned Sirius, and perhaps even send him some signal or message, using progressive for its time, and technology. As part of the issue and, based on evidence from scientists, just recently, and may suggest. And some have already called the pyramidal object signaling device capable of transmitting coded messages over long distances.

UFO take off from the sea! Shooting in the city of Sevastopol, Ukraine. September 11, 2011