Breaking News! It is true! The meteorite, February, 15 2013 over Chelyabinsk, Russia was shot down by a UFO! Proof!

Look just below the tail of the meteorite and see a UFO, which catches up and runs into a meteor breaks it into pieces and go away.
Автор: myunhauzen74 на Saturday, February 16, 2013 0 коммент.

UFO - Plasmoid, after the fall of the meteorite in Chelyabinsk, Russia - February 15, 2013

UFO over night Chelyabinsk and Kurgan, Russia after the fall of the meteorite - February 15, 2013

Giant UFOs near the Sun in the official NASA pictures - Review February 15, 2013.

Breaking News! At Chelyabinsk, Russia is not a meteorite fell, and UFO! February 15, 2013

According to experts Federalnaya Service of Russia for Hydrometeorology and Environmental Monitoring, exploded over Chelyabinsk object does not look like a meteor. He looked more like a UFO. 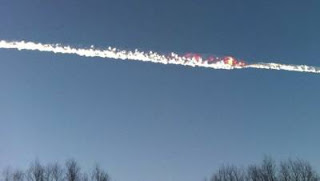 Ground weather station of the Sverdlovsk and Chelyabinsk regions recorded today from 07.00 to 08.00 (MSK), a luminous trail of flight of unidentified flying objects (UFOs). They were followed by the Khanty-Mansiysk Autonomous District (towards the north-east to south-west), centered over Talitsa (80 kilometers east of Yekaterinburg), Sloboda Turin (removal of 225 km to the northeast of the city of Yekaterinburg) , beetles (75 km south), asbestos (80 km to the northeast), the airport Balandino (Chelyabinsk), near the city of Chelyabinsk, as well as the airport Koltsovo (Ekaterinburg). It is reported, "PCH", citing a source in Federalnaya Service of Russia for Hydrometeorology and Environmental Monitoring.

According to experts of department: "In 07.15 MSK 15 February over the airfield Chelyabinsk observed multiple air-bursts, accompanied by a sharp chemical smell. According to AMSC workers, dispatchers ATS crews of civil aircraft during the night over the area of ​​Chelyabinsk airport spans observed luminous unidentified objects. According to the chief of AMC Koltsovo (Ekaterinburg) night flights were also observed luminous objects "- told in" Federalnaya Service of Russia for Hydrometeorology and Environmental Monitoring "

Falling objects in the Urals of the countries and other scientists. Thus, according to the monitoring data of the Institute of Applied Geophysics. EK Fedorov, geophysical conditions during the period February 14-15, was calm. No space weather disturbances (intrusion beams of charged particles, ionospheric and magnetic disturbances) in the Russian Federation, National Observatory of vehicles not registered.

This refers to the satellite data "Electro", "Meteor", a network of magnetometers and ionospheric sounding stations. A global network of monitoring space weather (U.S., Canada, Japan, Australia, the European Space Agency) are not registered any disturbances in the solar atmosphere, interplanetary and near-Earth space.
Автор: myunhauzen74 на Friday, February 15, 2013 0 коммент.

UFOs in orbit the Sun on the official pictures NASA - February 14, 2013

The fall of the celestial body 8-40 am local time
In the Urals found 3 of the fall of meteorites. In three places the Chelyabinsk region were found fragments of a meteorite. This was stated by the police. The authorities continue to work to eliminate the consequences of the incident. "At this point in the operative staff has been informed about the discovery of three seats falling debris celestial body", - said the press service of the Interior Ministry. Reported more than 1500 injured, 500 people were hospitalized, injured more than 70 children. There are several seriously injured.
It also added that the two fragments were found in the area Chebarkulsky Chelyabinsk region, another - in Zlatoust. 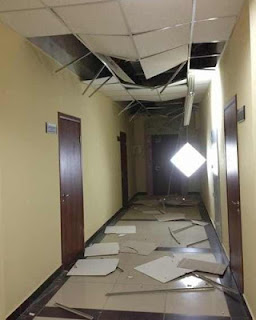 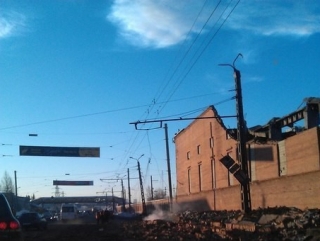 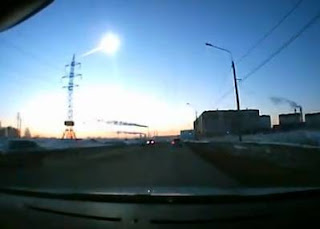 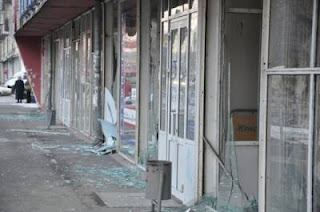 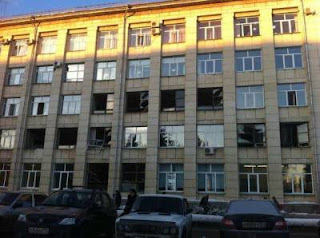 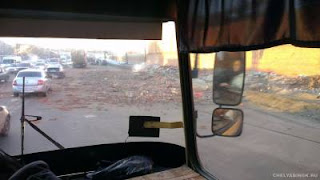 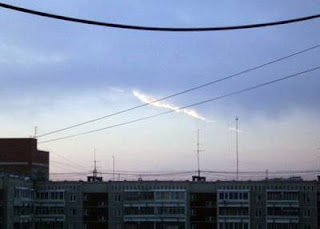 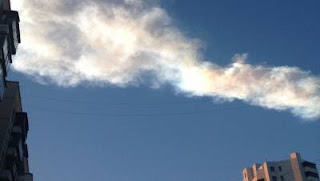 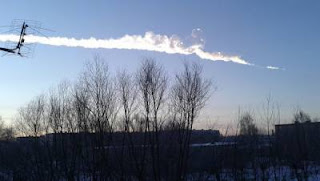 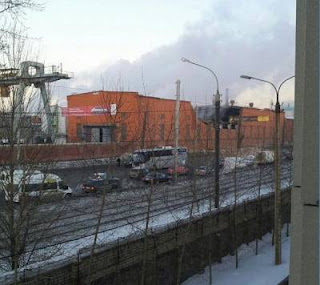 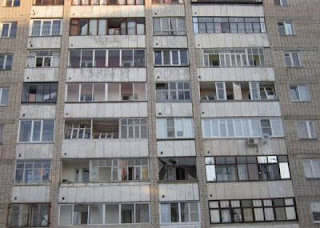 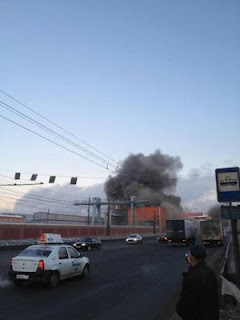 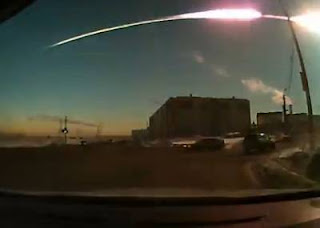 Camera is directed into space. Clearly shows how the sun illuminates an unidentified object, which will soon disappear. In the video, the used filter and zoom.
Автор: myunhauzen74 на Thursday, February 14, 2013 0 коммент.

On Mars, found sticking out of the ground the metal door handle! 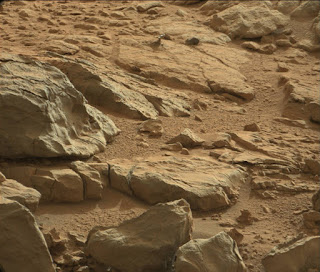 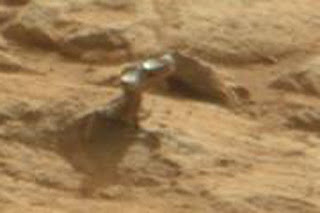 Many Huge UFOs near our Sun - Review of official NASA images of February 13, 2013

After the appearances of unidentified objects, NASA has cut the broadcast. In the video, the used filter and zoom. As you will see the use of filters and zoom - it's not a cloud! The clouds have a dark lighting when leaving the ISS from the shadow of the Earth. This is a real physical objects! It's a UFO!
Автор: myunhauzen74 на Wednesday, February 13, 2013 0 коммент.

Overview of huge UFOs OVNI activity around the Sun - February 12, 2013.

In the video you can see how when undocking, technical debris flies and flies away from LDCM, but pay attention to other objects that are moving along different paths! This is not trash! It's a UFO!
Автор: myunhauzen74 на Tuesday, February 12, 2013 0 коммент.

Giant UFOs near the Sun in the official NASA pictures of February 11, 2013

UFO flies through a tornado in Hattiesburg, USA - February 10, 2013

Anomalies and Huge UFOs near the Sun - Review of NASA images of February 10, 2013