Great review of the Giant UFO near the Sun NASA SOHO satellite - December 28, 2012

This extensive review shows multiple UFOs and anomalies near the Sun. Image obtained from NASA satellites SOHO STEREO Ahead + Behind (EUVI 195). You can see a large number of unidentified objects in different parts of the space around the sun. All objects have a variety of shapes and sizes. These many UFO near our Sun are real unidentified objects. UFOs are of different sizes, different structures, different forms. Many UFOs are around some "energy" field. "UFOs are always near our sun. UFOs flying into the sun, and fly out of the sun. Many unidentified objects, fly up to the sun and to maneuver at high speeds. For all movement UFO can be seen in my previous file perennial surveys UFO near the Sun on this channel. In the early history of research, I was getting good quality images of the objects, but more than a year, NASA provides the public images of very poor quality. People questioned NASA. NASA responded that these UFOs - a speck of dust on the lens, these UFOs - broken pixels on the sensor lens, these UFOs - meteorites, etc. Excuses, NASA was vast. But now, NASA is silent. People should know the truth!
For full information about the UFO near the Sun, as well as the disclosure of the secrets of the sun, the aliens in the sun, read a book and watch the DVD. Information at: http://www.thesunproject.net

Author: """This is part of the force field being used to hold you all here of your non physical electrical energy forms powering energy via the sun's energy. This whole entire end of the outer regions of the universe is locked within this not just the earth. If people's minds were woken to the truth about all of this in the wrong way of understanding, you could then imagine what would happen.
This is what the US are keeping quiet about and this is the reason I am here. We have a way to release the truth about themselves and explain how to free themselves and what they all must learn first to enable this as a hopeful possible solution." ~ FireSky
The veil is lifted people, are you ready for the truth or will you go back to sleep in your cage?""

Author: ""NASA SOHO images have been capturing countless UFO's by the Sun. Google Earth in sky view is now showing another anomaly by the Sun. What appear to be giant cables running from the Sun to other areas in space.Could the two be related? These cables span vast distances in space.
Are they being used to harvest energy from the Sun? Are they Power Lines? Are they navigational aids? Are they Alien Launch Loops?It seems oddly coincidental that these cables appear now since NASA SOHOimages have captured so many UFO's in the vicinity of the Sun. What is going on around our Sun?The images were all obtained using Google Earth sky view and have not been altered. Best viewed in Full screen.
These images were taken on May 15 2012. The 2007 date that appears is a part of the Google Earth viewer that shows the date of the Digital Sky Survey being used. (DSS Consortium) Google Earth does not show real time images. It's database is updated approximately every one to three years.The time and date shown by the Sun are the correct date and time the viewer was used to take the images seen and are placed there by Google Earth that is their time stamp. If you have Google Earth you can check it out, and while there you can check out these cables they're pretty fascinating.""

Author: ""Recently giant sprawling space cables were found by the sun spanning vast distances in space.This coupled with the fact that UFO's are being captured on NASA SOHO images on a regular basis is thought provoking to say the least.More of these cables have now been found by the Sun. It is difficult to tell if they are part of the original cables found or if they are a separate construct. Who made these and what are they? Power Transmission? Launch Loops? What is going on around our Sun?
All images were obtained using Google Earth, sky view.""

Author: ""Lately NASA SOHO images have been capturing UFO's by the Sun. Google Earth images are now corroborating what NASA SOHO images have been showing.
UFO's identical to the UFO's captured on NASA SOHO images are also appearing on Google Earth images erasing the possibility that the UFO's found on NASA SOHO images are imaging errors, ccd flares, or lens artifacts. We are now getting the same data from separate and independent sources. Incredible.What is going on by our Sun? This video shows enormous space tubes which appear to be used by UFO's to transport themselves and may possibly be teleportation/gravitational devices, many UFO's,some identical to those on NASA SOHO images and three huge Motherships. We also see a mysterious black cube. What can this object be? The images are also reminiscent of the NASA tether incident. These events are unprecedented. In March of 2012 a huge triangular coronal hole appeared on the Sun. Also unprecedented. Why are these UFO's appearing by our Sun? How are these events connected? What impact will all this have on our Sun? What impact will all these events have on the Earth and humanity?All images were obtained with Google Earth in sky view and have not been altered.""
Автор: myunhauzen74 на Friday, December 28, 2012 3 коммент.

UFOs and Anomalies near the Sun - Review of NASA images of December 27, 2012. 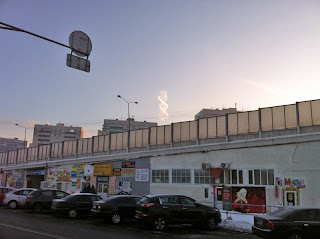 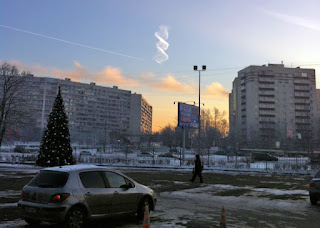 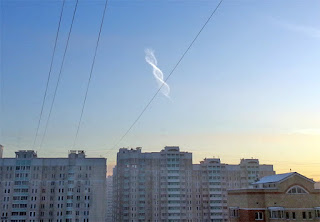 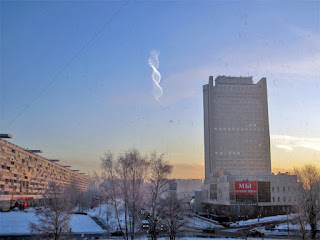 Fantastic hypothesis that we live on the edge of some kind of "road space" appeared almost 40 years ago. Its authors - our famous fiction writers Strugatsky brothers. It was stated in the story "Roadside Picnic". In the plot in trying to present himself as a "cosmic road" could "operate" on the basis of the ideas of the famous physicist Hawking, subject to a number of real observational data on the Earth and in space. It is also assumed that large objects "visible" only at the time of arrival or departure. The movement of these objects with our most likely is in stealth mode. Their presence can be assumed only by circumstantial evidence (UFOs, strange sounds etc.)

UFO activity around the Sun + maneuvers UFOs in the coronal hole of the Sun - December 22, 2012.