""I found this UFO in the constellation of Pisces. It's pretty Awesome. There are actually two of these objects in the immediate vicinity of Pisces. This video showing just the one. I think this object is definitely in our Solar System approaching our way. Check it out for yourself.""
Автор: myunhauzen74 на Saturday, September 08, 2012 0 коммент.

Aliens, UFOs and anomalies near the Sun - Review of NASA images of September 7, 2012.

Aliens, UFOs and anomalies near the Sun - Review of NASA images of September 6, 2012.

Dear NASA...Take this Video and Shove it...HD and Color are your downfall!

UFO over the Donbass, Ukraine September 5, 2012

UFOs and anomalies near the Sun - NASA SOHO Images for September 5, 2012

Object crawls in and out of moon creater next to mothership? - Shot - N.E OHIO﻿ in US.


Notice the four circles, symmetrically located on the border a large central circle. Here you can see how some giant high structure casts a shadow on the lunar surface! WATCH THE VIDEO ... You see it!??
Автор: myunhauzen74 на Wednesday, September 05, 2012 0 коммент.

UFO in orbit of the Earth - Shooting with the Canada-France-Hawaii Telescope - September 4, 2012

Rover «Curiosity» met a UFO in the sky of Mars! 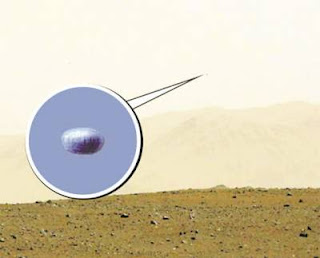 ""American rover «Curiosity» successfully settled into the landscape of the Red Planet, and made a few shots, from which scientists are left that scratching their heads. On one of the video to send «Curiosity» on Earth, can be distinguished as an object rises over the mountains and a few seconds later flies off into the horizon.
- I am sure that this is not just dead pixels on the imager. In the photo - nothing like a UFO - UFO video analysis confirms the findings of Mark Danton, create special effects and physical models of flying objects for the various projects of the U.S. government. - The form had quite aerodynamic, but not sure that it is in their case plays a role.

In any case, no matter what shot «Curiosity», he is expected to new exploits. And if a UFO on Mars really is, then they will fall into the lens again.""

UFO appeared August 16, 2012, and continues to approach the Sun! UFO has a huge size! You can see a UFO taking shape cigars! NASA hides this phenomenon from the public! This object has a huge size and can not be a comet! What is actually - you decide!

UFOs and anomalies of the Sun - Satellite SOHO STEREO Ahead EUVI 195 - Review for September 3, 2012

""A team of researchers are claiming that they have discovered three ancient pyramids on the ice covered continent of Antarctica. Exact details are sketchy, but the team have released three intriguing pictures of their discovery.The international team comprises researchers from the United States, and several other, are from various European countries. Two of the huge pyramid structures were found approximately 10 miles inland, the third one not far from the coastline, clearly visible from ocean. The team are currently planning an expedition to reach one of the pyramids to find out if it is a natural or an artificial structure. No further Details have been reported from the team as of 29 August 2012. More news is pending. Im undecided on this one guys until further confirmation, so as always you decide"".

This is not the sunrise and the light of the moon. This is not light pollution from city lights. At the point from which a glow, is a forest! The sky glows bright red and yellow colors. The camera can not transfer the color saturation. Skyglow observed throughout Russia. What's going on?

Large set of UFOs and maneuvering around the Sun September 1, 2012

The review comes at a fast pace due to the large number of UFO and requires a lot of time to process each item. From the review it is obvious that all objects have a regular geometric shape and move on the correct trajectory maneuvers. Enjoy watching ...

Possible attack on the Sun and the giant alien substance on the sun? August 31 - September 1, 2012

Span UFO near the zone of the plasma discharge, immediately before the flash in the sun, or a shot - a miss by the sun? Giant alien substance? Giant UFO? The plasma, which looks like a living organism? What was it and what the causes of this outbreak - you decide! Do not forget that on August 30 the sun flew a giant UFO in whichever greater quantity. This is the day before the flash!

Pyramids around the world began to emit beams of energy in the region of photon cloud that invaded the solar system! Unreality?


Although NASA hides information about the strange cloud of photons, which is now almost covered the entire solar system, the information have leaked from some scientists.

And now, as it is an ominous cloud of seeping into the solar system, it starts to have an impact on the Sun and planets inexplicably.

What is surprising is that, as this strange energy invading our space, some of the most famous pyramids of the world begin to produce intense energy.

Several cases where powerful visible beams were injected into the space in the direction of the photon cloud, were well documented.

At the same time, people around the world have begun to observe and record the strange frightening sounds and noises that give the impression that if the earth itself is groaning and crying.

All these phenomena, including the unprecedented giant has ever turbulent emission of the Sun, most likely triggered by the presence of the photon cloud, which in some circles has received a general name of "potential doomsday event space."
-----------------------

Ancient pyramids awakened after centuries and millennia of sleep

Some tourists screamed, others quickly shot the video on a camera phone, at a time when the Mayan pyramid published the crash. But it was not a consequence of the earthquake, because the next time a brilliant beam of light shot into space, and reverential audience fell silent, without any idea of ​​what that means. 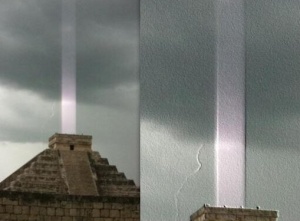 But the May Pyramid of Kukulkan, to send a column of incredible energy into space, was only the latest of all the pyramids, do it.
-----------------
Recently, the Chinese government began to closely monitor the pyramid Xianyang, is starting to show signs of activity. Last year, a team of scientists examined the pyramid, and believes that it may have an extraterrestrial origin - the construction of the aliens.
---------------------

The explosive release of energy from the top of the Aztec pyramid of the moon. 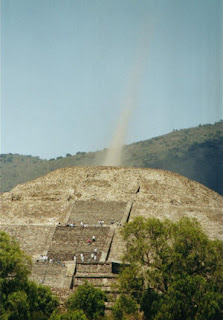 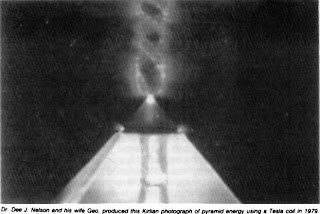 Energy beams, vortices, tornadoes intense strength ... What does this mean? Where this energy goes, and why? How to activate the mysterious power of the silent stone sentinels, stand still for centuries ... until something broke their sleep?

Which brought them back to life? Maybe something more incredible than that of the pyramid is the arrival of an unknown force of the galactic void, which is now surrounded by a large part of the solar system.

-------------------
Deadly photon belt.
NASA and the European Space Agency for two years have been warning the world about the approaching disaster that may occur in the period from 2012 to 2013. But these few people listened.
Now, the famous Russian astrophysicist Alexei Dmitriev says that what is happening in reality is worse, much worse than predicted by NASA and ESA in their warnings. All of our solar system came into huge, potentially lethal, interstellar clouds of energy. Dr. Dmitriev explained that decoding messages probes Voyager 1 and Voyager 2 clearly shows that the entire solar system is at risk. Worse, Merav Opher, a visiting researcher at the NASA Heliophysics at George Mason University says this interstellar energy cloud is unstable and turbulent. 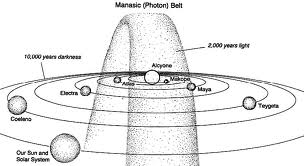 Russian scientist also claims that cloud photon energy causes excitation of the atmosphere of planets and especially our sun. As is the interstellar cloud of energy affects and interacts with the sun, is still not clear. But it is already clear that the consequence is increased solar activity, which results in its higher energy frequencies and instability.

Magnetic flux entering into interaction with the solar magnetosphere and the geomagnetic field of the Earth, can lead to changes of basic fields of abnormal vortex field. The consequence could be a change of the polarity of the magnetic field of the earth, wild fluctuations in the weather, and - most surprisingly - atmospheric and underground sounds, which can be fixed on the planet.
Pyramid - the natural earth energy storage, a kind of capacitors based on the strength of the magnetic field of the planet - produce and shoot beams of pure energy into space in the direction of the cloud that has engulfed our defenseless planetary system.

Projected recorded sounds were recorded and recorded has been hotly debated since the spring of 2011.

Recently, some of the entries appeared on Youtube. The comments left by users from different countries betrays confusion, and sometimes frightened people need to explain the origin of these sounds.

While some of them are certain to be a fake and a hoax, others are authentic records of underground and atmospheric sounds.
Professor Dr. Elchin Khalilov explains the probable origin of sounds

In a recent interview with the magazine GEOCHANGE speaking of strange sounds, recorded at the present time, the eminent scientist, Professor Dr. Elchin Khalilov, gave the following explanation:

"[] ... A possible cause of these sounds ... may lie in the core. The fact that the acceleration of the drift north magnetic pole of the Earth, which has increased more than fivefold between 1998 and 2003, led to the fact that today in the fixed base points increase in the intensification of energy processes in the Earth's core. This is a result of interaction of processes in the inner and outer cores, which in turn form the geomagnetic field of the Earth.

"Meanwhile, as we reported, November 15, 2011, all geophysical stations ATROPATENA, which record three-dimensional variations of the gravitational field of the earth almost simultaneously registered powerful gravitational impulses. Stations deployed in Istanbul, Kiev, Baku, Islamabad and Jakarta, the distance between the first and the last of which about 10,000 km. Such a phenomenon is only possible if the source of radiation is at the core of the Earth. This huge release of energy from the Earth's core at the end of last year was a kind of signal the beginning of the transition of the internal energy of the Earth to a new active phase ". [GEOCHANGE Magazine]