UFO, UFOs docked near the Sun and other unidentified objects - Review for May 23, 2014

Breaking News! Huge underwater entrance to the base UFO discovered off the coast Malibu, California, USA - May 22, 2014

Huge underwater entrance was discovered off the coast of Malibu, California, Point Dume, a place that UFO researchers / CME called " Holy Grail" , and which have been looking for over the last 40 years Structure plateau 1.35 miles x 2.45 miles in width 6.66 miles from the earth's surface. The input is the width between the support columns 630 and 2745 feet feet in height. He also has what looks like a protection against a nuclear bomb , which proves that the thickness of the ceiling of 500 feet . The discovery was made by Maxwell , Dale Romero and Jimmy Church, a leading radio Dark Matter. 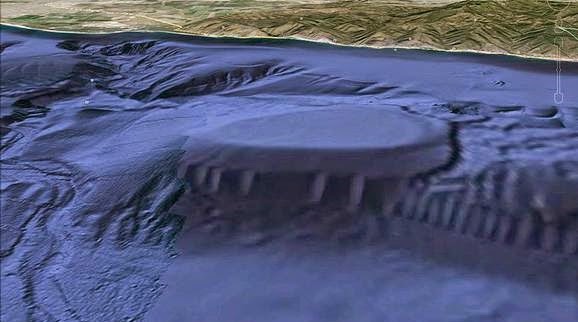 Underwater base has been a mystery for many years. Here hundreds of observed UFOs and Unidentified bodies of water , made ​​a lot of pictures ... but the input database and has not been found so far.

Login suggests the possibility of the passage of nuclear submarines. Mass UFO activity and access to various military installations that are inside the United States, such as the naval base at China Lake, which is located in the center of the Mojave Desert and the Naval Undersea War Center in Hawthorne, NV between Las Vegas and Reno. On the photos you can see its location in relation to the coastline, Los Angeles and its natural surroundings , which do not coincide with the structure because of its enormous size.

Supporting pillars are at the entrance of more than 600 feet in height. Malibu , California, known worldwide for its beauty and habitat of the rich and famous . Few people know that it is also a favorite place for UFOs. 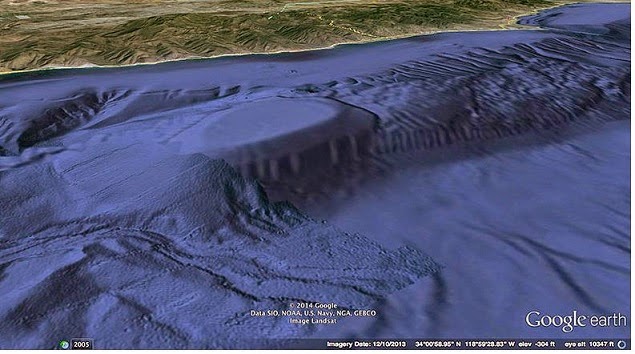 Throughout 1950 and 1960 there were recorded numerous UFO sightings that were in the water at high speed. And in the early 1970s, people were going to families on the beach at Point Dume at night to watch the multi-colored UFO that fell from time to time in the water and out of it.

NOTE: The above image from Google Earth.

MYSTERIOUS STRANGE WEIRD STREAK OF LIGHT SEEN IN HAWAII - MAY 20, 2014

Strange circles in the sea in front of Croatian islands: Aliens at work? - May 13, 2014