NEWS BREAKING! PROOF ECLIPSE WAS NOT OUR MOON! MAY 2012

UFO over Apache Reservation in Dulce New Mexico May 31, 2012

BRIGHT UFO morphes over house in VANCOUVER May 31, 2012

Real cigar UFO showing itself to me in broad daylight in Sävedalen Sweden - May 31, 2012

NIBIRU 05.30.12 BEING PHOTOGRAPHED BY SCIENTIST AT SOUTH POLE

Real Alien being caught on tape! Must see this! Amazing footage! May 30, 2012

See the full video.The camera on the ISS, was directed strictly towards the open space. Pay attention to the size of the UFO, as well as on the geometrical shape. It can not be satellite debris, orthe moon. Unidentified object moving strictly parallel.

Terrifying Red Sphere Seen in The SKY ! May 2012


The CELESTIAL Convergence is pleased to present the archaeological research and findings of author Brien Foerster. Brien was born in the US, but moved to the west coast of Canada as a child, where he became immediately fascinated by the Native traditions of people such as the Haida. He learned to carve totem poles, canoes, masks and other ceremonial things from master Native carvers, and became a professional sculptor at age 26, basically dropping his career as a marine biologist. In 1995 he moved to Maui, Hawaii, and was hired as assistant project manager for the building of the 62 foot double hull sailing canoe ( ancestor of the modern day catamaran ) Mo'okiha O Pi'ilani (Sacred Lizard That Pierces The Heavens.) This project lasted 2 years. There, having learned how to make Hawaiian outrigger canoe paddles from master carver Keola Sequiera, he started an online outrigger paddle business, which flourished internationally. Peru became his next major area of interest. The study of the Inca culture led to his writing a book, A Brief History Of The Incas which is available on this site, as well as 7 others which are e-books, available through Amazon.com and also his Hidden Inca Tours website. Other projects, which will result in published books, include one about the ancient history of Hawaii, the mysterious stone monuments of Peru that predate the Inca, and the search for the lost continent of Mu. This will require combining all that he has learned so far, with trips to New Zealand (Aotearoa), Hawaii, and Easter island (Rapanui.) He is now the part time assistant director of the Paracas History Museum, curating and giving archaeological tours of the area, with special emphasis on the Elongated Skull Paracas culture.
Автор: myunhauzen74 на Monday, May 28, 2012

Disclosure of hiding the global catastrophe - The Arctic is completely melted! MAY 2012 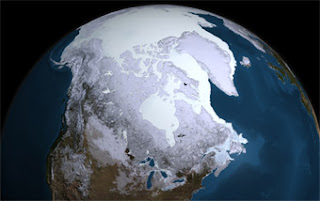 As you can see when approaching, at the place where the ice is water, but in extreme close, featuring photos of ice still remained, but these photos old! No ice! It has melted! 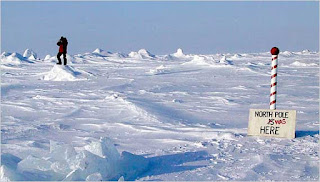 All governments and scientists around the world, told the public that the Arctic - North Pole may melt in the next 30 years. This has already happened. It is hidden from the people.

Urgent! News of the day! The Large Hadron Collider broke down specially from outside of this world! - May 26, 2012

On the eve of a new attempt to launch the Large Hadron Collider (LHC), serious scholarshave begun to express an assumption that often arise at the CERN (European Organization for Nuclear Research) problems and issues - this "something more thancoincidence."
hey believe that the noise has a very collider not to give scientists discover "incompatible with the nature of the" Higgs boson, dark matter and new dimensions, and therefore every effort CERN in this direction is doomed to failure.Whatever may seem absurd that version, it launched - and reinforced the mathematical calculations - two eminent physicist: Holger Bech Nielsen of the Niels Bohr Institute in Copenhagen, and Masao Ninomiya of the Yukawa Institute for Theoretical Physics in Kyoto. Now, wishing to refute the assumption would have to work on the scientific substantiation of its position.However, among those who accepted the hypothesis of Nielsen with a certain degree of seriousness, there are at least a Senior Fellow at CERN - Brian Cox of Manchester University. In that case, "if the time travelers will break into the central LHC hardware and pulled the cord," he sent the British newspaper readers, "the article in support of the Nielsen theory, which I wrote in 2025."Official tasks LHC look no less fantastic than that proposed by Nielsen theory. In particular, physicists hope to use this device to confirm the so-called string theory, under which were formed by the collision of protons tiny black holes will allow researchers to penetrate into new dimensions that differ from the known four.The LHC is a source of inspiration for writers such as Dan Brown, and ordinary fans of conspiracy theories.The most common "horror story" says that from the depths of the accelerator may see a black hole that can swallow up the planet, and the novel by Douglas Preston "Blasphemy" ("Blasphemy") mad scientist tries to use a similar device to contact with God.Recall, the European Organization for Nuclear Research reported that experiments on collisions of particles in the Large Hadron Collider will resume in November. Collider will be turned on at half strength.


According to the materials:planeta.moy.su
Автор: myunhauzen74 на Sunday, May 27, 2012 0 коммент.