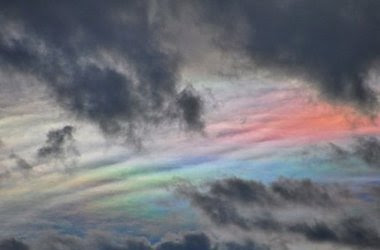 Anomalies, hologram and the UFOs near the Sun - Review of July 9, 2013

UFOs near the Sun and the disappearance of the holographic image of the Sun - July 7, 2013

Breaking news! Edward Snowden revealed evidence of UFOs. In the Earth's mantle civilization lives compared to where we are like ants. - July 7, 2013

Edward Snowden, reported on the facts known to it concerning UFOs. According to the documents, which Snowden copied to the CIA, the U.S. government has long known that UFOs exist and are managed species more advanced than humanity. These species are not alien, and our earth, only more advanced. They live here for billions of years, and far ahead of us in development.

Snowden: "The highest echelons of power do not know what to do with UFOs, and fed to the citizens of the official version of what they are all just weather balloons or natural phenomena. But the documents say that the UFO - a reality. 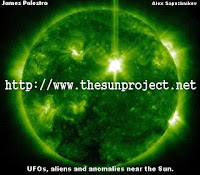 Transport ships that fly civilization not only in the Earth's atmosphere, but were seen on the sea floor, in hydrothermal vents, volcanoes and directly in solar orbit.

The CIA stores data tracking systems and deep-sea sonar, but they have the status of state secrets, and even the scientists do not have access to this data about these objects. This kind of intelligent Homo sapiens and lived in the Earth's mantle. This is the only place where conditions were more or less stable for billions of years. Extremophiles can live at different temperatures, they have been able to flourish and develop intelligence at an accelerated pace. Homo sapaens and they have evolved at the same rate, but their living conditions in the Earth's mantle defended their civilization from the many disasters that have occurred on the surface of the earth. . .

The President receives daily briefings on the activities of this civilization and the displacement of its devices - a UFO. Analysts believe that their technology gone so far ahead that we have little chance of survival in any potential war with them.

The general consensus is that we're just ants from their point of view and there is a small chance that they will not continue to pay attention to us. But the military and are considering the possibility of aggression and the current plan of action in emergencies includes a plan - detonate a nuclear weapon in the deep caves to "seal" the enemy in the hope of destroying their communications that will prevent further attacks from the bowels of the earth. "

According to the latest information - Edward Snowden accepted the offer of Venezuela to provide political asylum on Friday and is now in Caracas.

UFOs and the Holograms on the surface, of the Sun near the Sun, in the solar space - July 6, 2013