UFO activity in the orbit of the Sun September 22, 2011. Arrival of a giant armada of UFOs!

UFO activity in the orbit of the Sun September 22, 2011. Arrival of a giant armada ofUFOs! This has already happened June 5, 2011!! After this, the activity of the sun roseinstantly! What can we expect next?

UFO ORBS this type of ufo has been seen all over the world lately!! September 22, 2011

The anomaly in the form of a cross or a UFO? Video from ISS September 21, 2011 while flying over central Africa through the desert and northeastward to Egypt and the Nile delta.

This is the official video of NASA. NASA thinks that if neither will show video at high speed, then we'll not see anything! But, no! We - we see it!

Scientists at the Research Center of SETI, the search for extraterrestrial intelligence involved, found that close to Earth three giant alien ship. According to preliminary calculations, we will meet with humanoids just two months.The American press has already started to prepare mentally for the invasion of aliens earthlings. The objectives of the visit of the future is unknown, so there are scenarios in the press the variety of events. Thus, the British tabloid The Guardian published a shocking article entitled "The aliens can destroy humanity."
"Subject to mutual goodwill, we can borrow from humanoids valuable experience or advanced technologies - reported in the article. - If the aliens want to harm all of humanity: to enslave us, or use as food by sending unknown diseases or create a hostile artificial intelligence, it will be the beginning of a terrible war. "
Supports a terrible version of the popular international networking project WikiLeaks, publishing documents, have become available due to leakage of information.

It is reported that the invasion of alien-intelligence on Earth has already begun, and the arrival of three huge ships will be the beginning of the official invasion. Martial spacecraft navigation system have been fixed, based in Alaska.


Shocking British tabloid paper The Guardian - «Aliens could destroy humanity."
American scientists came up with a strange report "What will mankind making contact with aliens - good or bad?", Which states that the reduction of greenhouse gas emissions may save mankind from a preventive attack strangers. According to them, there is a risk that the aliens will treat the changes in the Earth's atmosphere as a sign that the local civilization has lost control over the situation, and destroy us, until we hurt even more, according to inopressa.ru.
In an unusual study, researchers Shawn Domegel-Goldman of the Department of Planetary NASA and his colleagues at NASA and the University of Pennsylvania set out a few hypothetical scenarios. Scientists aim - to help humanity, "prepare for the real contact." The authors divide the potential contacts into three categories: beneficial, neutral or harmful.
Beneficial - is, for example, simply finding other intelligent beings in the universe co-operation or to help overcome hunger, poverty and disease. Neutrals are possible in cases where constructive dialogue is impossible - too the aliens are not like us. The most negative options - where the aliens deliberately or inadvertently cause harm to humanity: eat, enslave, attacked, or just crush us with their bodies, or zanesut incurable contagious disease.
In order to avoid many troubles, the researchers advise caution when broadcasting signals into space, "not to disseminate information about the structure of our organisms - it can be used to develop weapons against the inhabitants of the Earth." And recommend ... all contacts with the aliens be reduced to talk about mathematics.
This information appeared in The Guardian. But by the evening of NASA officials said they were not involved in the proceedings of aliens that can destroy the earthlings.
It was reported that American scientists Seth Baum, Jacob Hak-Misrab and Sean Domagala-Goldman in November 2010 in the journal Acta Astronautica review various scenarios of contact earthlings and the alien civilization. One of them suggested that aliens may disturb the exponential growth of our civilization. The two authors of the study were the meteorological and geographical faculty of the University of Pennsylvania, and the third - Domagala-Goldman - have as a place of division planetologicheskoe NASA.
This has led the British newspaper The Guardian published an article titled "The aliens can kill people to protect other civilizations: the increasing emissions of greenhouse gases, they can be seen as a signal that we are presenting an ever growing threat, warns report NASA».

The Americans found a way to communicate with aliens!

In the area of ​​the Atlantic Ocean in the area of ​​the closed U.S. military base "Daguey" was discovered mysterious pyramidal object that is a source of short gamma-ray radiation directed towards the star Sirius. Put forward a theory that it is associated with extraterrestrial civilizations, and, possibly, with the legendary sunken Atlantis.
First American investigators have paid attention to a radiation anomaly, hidden under a layer of the bottom of the Atlantic Ocean. Once in the zone of anomalies were brought American and Russian space forces, it was found that the radiation source has shifted - now "fonilo" already on the ground.
Where lies the legendary Atlantis?

The newest navigation system helped pinpoint the location of the source of gamma rays - the area shortly before the military base closed down "Daguey." Incidentally, in this zone is prohibited to fly aircraft - under the pretext that during the passing there, "military trials" may refuse to navigation systems.
According to the conspiracy, we are talking about a pyramid-shaped object, extracted from half a kilometer deep and sent to secret research base "Daguey."According to one version, the first source of radiation was just at the very spot where once went under the water's famous Atlantis. There is a tradition that the inhabitants of the sunken continent was in any way connected with Sirius: whether to come to earth from there, or flew back to the mainland when water was absorbed.
Psychic shot for telling the truth about UFOs
May believe ufologists and other supporters of the Atlantean connection with extraterrestrial civilizations existed technology with which the inhabitants of Atlantis Sirians exchanged information. This is a task just performed the device, hidden under a layer of the ocean floor. It is also possible that the "transmitter" still operates by sending coded signals to another star system.
Curiosity of researchers are pushing the claim that the Atlanteans were a highly developed civilization, perhaps, left behind a vast material and spiritual heritage.
This book Shirley Andrews, "Atlantis. In the wake of a vanished civilization, "the author, using scientific data and mystical sources, is trying to explore different aspects of life Atlantis. S. Andrews believes that they can transmit thoughts over long distances, it is sensible to use telepathy, and in such a way to communicate with animals ...
Atlantis also made great strides in science and technology. They were able to obtain energy in several ways, for example, by releasing her from living matter, or by applying "sound levitation," that is, spells and mental effort.
The last type of energy used to move heavy objects in space, in particular aircraft. Later, the Atlanteans were used for the propulsion of "flying machines" solar energy.
They were also flying a means for the transport of long-range heavy loads. They managed to land with a special crystal. There were lighter passenger airships, shaped like hollow needle with shiny spikes at both ends, provided with holes, portholes.
Medical Atlantis was mainly due to the nature and cure various ailments were prepared on the basis of the plants. But the priests knew how to heal with the help of energy from the cosmos. To do this, they withdrew in the pyramids. Recall that, according to rumors, the object allegedly raised from the bottom of the Atlantic, too, was a pyramidal shape.By the way, according to one version, namely the Atlanteans were the first builders of the pyramids, and taught that the ancient Egyptians.
Classified as "secret": the hunt for an alien people
Used to treat diseases and various metals, musical instruments, precious stones, which were adjusted for fluctuations in the human body. Widely used crystals that change color upon contact with the "sick" zone, and concentrated at this point is positive energy. A surgical operation performed under hypnosis.
But gradually, the evolution of the Atlanteans began to decline, as they illegally used magical powers. As a result, between them began to be wars and conflicts. The death of the continent, apparently the result of some anti-magic groups to others.
Charles Leadbeater famous occultist also claims that Tibet has a museum that houses samples of all cultures that has ever existed on Earth civilizations, including four maps showing the history of the destruction of Atlantis ...
However, followers of the occult sciences tend to base their allegations on information obtained through meditation or other means of entering into an altered state of consciousness that enable "to get in touch" with otherworldly forces. Orthodox science, alas, does not accept such evidence.

Unusual phenomena of nature: We are so young on mother earth ..

The fact that NASA conceals. UFO on the moon background and anomalous emission in the galaxy. September 21, 2011 Disclosure of the truth by means of the program worldwidetelescope.org

UFO in a plane crash at an air show!

UFO photos taken by astronauts on the ISS for September 2011

All photos are available at NASA. A simple man in the street will not closely scrutinize the every photo. On this count, and NASA. But, I decided to review it carefully! These are just some photos and a small part of what NASA experts have missed. ))) I'm sure if you look at all the photos that were published in September, you'll see a lot of unidentified flying objects! We need to know the truth!

British journalists managed to get pictures taken in early September, military satelliteCorsar, in southern France.
The pictures are clearly visible giant furrows on the slopes. A few dozen kilometers to the south on the surface appeared clear outline circles of different diameters of unknown purpose. 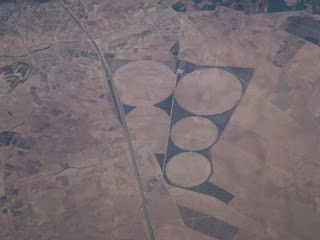 The military declined comment. British Institute of Geology was unable to give an intelligible explanation of this phenomenon. But ufologists believe that traces ofextraterrestrial civilizations. Maybe between the appearance of giant signs on the groundand the recent accident at a nuclear facility in France is a direct connection. 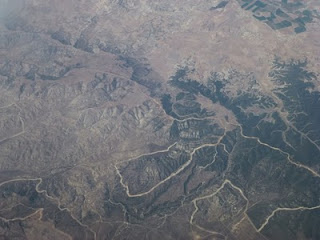 The image you are about to see, goes to live at NASA. People do not show it. NASA refers to the poor quality of equipment and cameras, but as you'll see, NASA is lying! They posted this video without thinking about what you can see her! This is shocking! Dozens of objects fly into and fly in Earth's atmosphere! These objects are the debris! Satellites are not! Are not the stars! Why? And you look at their shape, their size and their rotation in a circle on its axis!