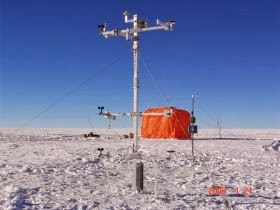 Automatic weather station is located at Dome Argus (80 ° 22'S; 77 ° 21'E), and this area is considered one of the coldest places in the natural world, with temperatures reaching -90 °C (-130 °F). September 25 station there has recorded a temperature jump to 15 degrees. 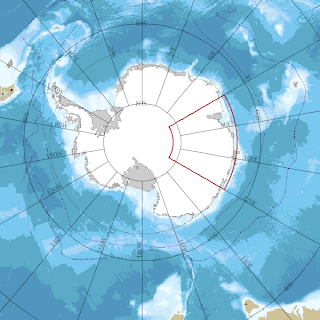 The station is owned by the Australian Government Meteorological Organization and it was her station recorded a temperature anomaly at Dome Argus in Antarkide. 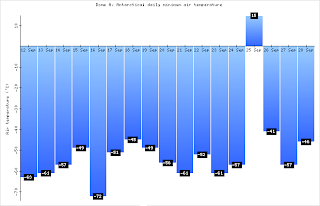 Argus dome is the highest point in Antarctica (4093 m) and one of the least explored places on earth. It is located at the long range (about 60 km long and 10 km wide). The thickness of the ice there is more than 3000 m.
The air temperature 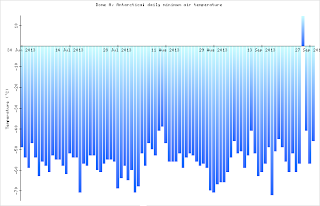 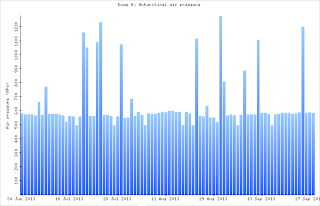 What was the reason for the anomalous temperature jump - is unknown. Australian meteorologists do not comment on the situation.

Alien anomalies, UFOs cubes and rods in the solar space - Review for September 27, 2013


Giant UFO-like object depicted in a fresco of Egyptian pyramids 0:43 Cubes 1:18  1:28
Over two days, there is no information from the satellite SOHO STEREO AHEAD + BEHIND. NASA can come up and tell people any false information about the status of satellites. This is BS! It may not in the same time break both satellites, which are at a great distance from each other. NASA hiding something from us!
Автор: myunhauzen74 на Saturday, September 28, 2013 0 коммент.

Huge giant UFOs and anomalies near the Sun - Review of NASA images of September 25, 2013

It is very very huge giant UFO near the Sun! 0:22 A lot of huge giant objects throughout the review - the alien spaceships - the base station! The cube 0:16
Автор: myunhauzen74 на Thursday, September 26, 2013 0 коммент.

A very large UFOs activity and a lot of giant cubes holograms near the Sun - September 24, 2013

UFOs near the Sun in the official NASA pictures - Review for September 23, 2013

UFOs and anomalies in the solar space - Review for September 21, 2013