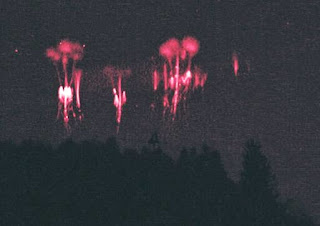 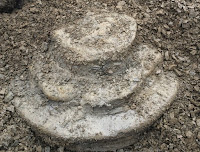 Kuzbass coal miners got out of the ground a few disk-shaped stones. Early detection of the same disc interested ufologists. However, an initial inspection of the new version of the geological findings confirm their origin.

Employees Karakan field coal mine "Mokhov" in Belovo district of the Kemerovo region, where in late January found became a sensation the mysterious stone disc, found in the land of several similar stones, the company reported.

Stone disc weighing 200 kilograms is almost perfectly round shape found on the section January 31, 2015. Immediately there was a set of hypotheses of its origin, including his dish called UFO. Similar formations once met in China counterparts in Russia are unknown. To explore the unusual finds, Kemerovo came known ufologist, kriptofizik, writer and traveler Vadim Chernobrov. Now Karakansky disk is stored in the Kemerovo regional museum.

"No more drive found a lot of them come across, exactly three pulled. Technique powerful work safely is quite problematic to get them: already pulled broken or just parts shipped from (waste) rock. No one warned that if there are more such disks fall, it is necessary to send them to someone. One sample, the very first, we have already provided for research, "- said the head of the mining operations at the field Karakansky Mokhov cut Vladimir Kudryavtsev.

According to him, the new findings are similar in size to the first disk: 1.5-2 meters in diameter, was flattened configuration of some, while others - more convex. We find them at about the same depth - about 40 meters from the surface, which, according to experts, allows us to estimate the age of the objects in 260 million years.

"Personally, I think it's some kind of geological formation. We mine coal, and scientists have put forward the assumptions and draw conclusions, determine what it's: sandstone or siltstone (friable sedimentary rock), or something like that. We were never told what conclusions made by experts. Maybe an alien has pulled out of it. If you will fall another perfectly flat form, in good condition, as the first disk, I would like to at ABK (an office building) did exhibit on memory ", - said Kudryavtsev.

According to the chief geologist Karakan field Mokhov cut Catherine Krupin, the next stone findings support the scientific point of view of their origin, it nodules, ie mineral formations generally rounded in sedimentary rocks.

"We had more samples, but not the correct form and not as interesting as the first disc - it was a sensation. Water conductivity of rocks is different, as the flow comes from both sides, it turns circular shape. This siltstone (solid sedimentary rock, formed from silt), it is quite fragile and under external influence is destroyed. While supported by the scientific origin of drives geological point of view, it's nodules. Of course, someone would like to believe otherwise, but science says one thing, people want more, "- she said.

In turn, ufology and kriptofiziki so far refrained from comment. The head of the International Research Association "Kosmopoisk" Vadim Chernobrov during a visit to Kemerovo suggested that further research drive extreme points of view (only a natural or artificial entity) may prove to be incorrect, and ultimately win the combination of versions. In his opinion, the likelihood that the disc is a natural geological formation is very high. 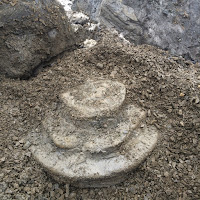 Specialists from different industries recognize that the controversial research findings are just beginning. To study Karakan drive planned to use only non-destructive, but no new results have not yet made public.

In parallel, action continues in the Kuzbass "own version": the followers of many different points of view can independently explore the subject and create a personal opinion. Variants of hypotheses about the nature of the origin of the stone disc will be located on the site of the museum, and the best version of the black-browed give to their members discussed the "Kosmopoisk."

UFO over Khabarovsk, Russia during fireworks - May 9, 2015