UFOs and Anomalies near the Sun - Review for Friday, December 7, 2012

Nippon Television: UFO crashed of the coast of Okinawa, Japan. Prime Minister of Japan is waiting for the report. Publish December 6, 2012

Nippon Television reported that an unidentified flying object, UFO, fell into the water off the coast of Okinawa, an island at the southern tip of Japan. Several news groups, police units and ambulances had time to see the "UFO sink" in the water, according to several sources. 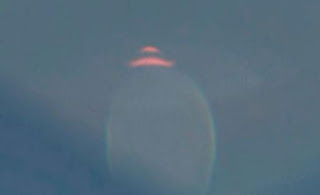 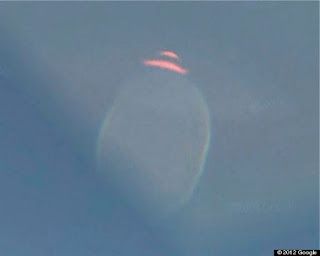 "We saw something like a small ship with a dome and it slowly sank into the water when we arrived on the scene," said Hideki Suzuki (Hideki Suzuki) police chief of the Okinawa prefecture. "We clearly saw smoke otobekta when he went down. Clouds of steam rose when he disappeared in the depths of the ocean., We expect to begin investigation into the incident, and the ship will be studied. Once we have the equipment, we lift it out of the water."

Some eyewitnesses share their impressions of what he saw. Nippon Television tells a story old male fisherman who was in a small boat off the coast. He said he saw a giant fireball racing, flying in the sky at a very high speed. Object streaked across the sky, hit the water, and then returned to the sky in one piece. An elderly man said he thought he heard the distant sound of the engines that are trying to restart, just a few minutes before the unknown object began to emit smoke.

The team was also sent from Tokyo to investigate UFOs, as the authorities raise the sunken boat from the water.

"This could be one of the greatest discoveries of mankind," - said Dr. Daisuke Matsui, a professor of aviation technology at Tokyo University. "If this is what we believe, then this will be telling our children's children. Let's keep our fingers crossed that it was confirmed that this is the real thing."

Nippon Television reported that Japanese Prime Minister Yoshihiko Noda, has been notified of an emergency landing, and the authorities expect a report on developments in Okinawa.

The Japanese fleet was cordoned off the crash site and prepare divers to descend into the water to get a boat and take photos for recycling purposes. There is no doubt that the fleet will be actively involved in the extraction of a UFO from the depths of the ocean.

Exclusive! Anomalies, alien base, the structure in images of the lunar surface, the lunar program NASA "GRAIL": November - December 2012.

Are you looking for information about the lunar program "GRAYL" and could not find it? These are the first data that will help the public to know the truth, and information about the program "GRAIL", which conceals NASA. Now you will see the video and photos, which NASA has never spoken to the public. Videos are made up of thousands of images of the moon facing. In fact, tens of thousands of these images, but no matches video. All images are of very poor quality, even though we live in the 21st century! NASA would like to ask - WHY? All the pictures in black and white and all the pictures were retouched NASA employees. But, even after retouching the images are clearly visible structures and anomalies! The pictures were taken from a height of 55 km. The time interval between shots 10 minutes. All anomalies and structures have retouching or darkened shadows that should not be! Background of the sky above the Moon fake. This is only 500 images of the lunar surface. Analysis of the images you can do yourself, go to the website "GRAIL" - http://images.moonkam.ucsd.edu/main.php
Thousands of pictures and I can not treat every one of them! Check them out for yourself! http://images.moonkam.ucsd.edu/main.php
Surely, NASA is not ashamed before mankind for what they take pictures? Really, NASA thinks that all men are stupid? How much can you make fools out of people?
French amateur astronomer Thierry Lego has made a series of pictures of the lunar surface at high resolution - September 8, 2012
Draw conclusions. Ask NASA. Require NASA TRUTH! Watch in HD and full screen!
Автор: myunhauzen74 на Tuesday, December 04, 2012 0 коммент.

Alien apocalypse flash in the sky over Zlatoust, Russia - December 2, 2012

UFOs and Anomalies near the Sun - Review of NASA satellite images SOHO STEREO for December 2, 2012.

UFOs and Anomalies near the Sun - Review of NASA satellite images SOHO STEREO for December 1, 2012.