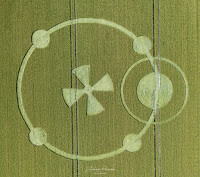 UFO Captured Speeding Beneath The ISS During NASA and SpaceX Launch. May 30, 2020

Red UFO with lights dropping smaller ones over brazil!

Incredible Footage Of A Strange Object Near The Moon?

HUGE Underwater Structure is Discovered In The Pacific Ocean. What is it about?

Who Built the Sphinx & Pyramids on MARS ?

Investigation of the death of the Russian poet V. Mayakovsky

Vladimir Vladimirovich Mayakovsky Russian poet [1], who gained great popularity after the October revolution, organized by the Bolshevik party led by V. Lenin in 1917, the result of which was the establishment of the dictatorship of the proletariat in the Russian Empire and the plan to build a socialist and then communist society in this country . The poet’s faith in this utopian idea completely captured him and predetermined his further creative destiny. At that time, the poet actively spoke at various meetings, reading his poems, and they exerted a tremendous agitation on the consciousness of the revolutionary-minded working masses of the Russian state. Moreover, with the approval of the government of the Country of the Soviets, in the twenties of the twentieth century he repeatedly traveled on creative missions to Europe and the United States, with the aim of propagating communist ideas. By the way, how strange it is, the poet enjoyed some success there, and by 1930, some of his works were published in six languages ​​of the world [8]. READ FULL MATERIAL IN THIS BLOG FOR LINK